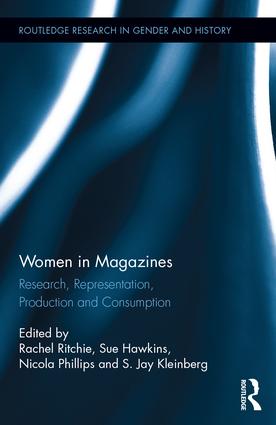 My chapter, ‘Righting Women in the 1960s: Gender, Power and Conservatism in the Pages of The New Guard,’ examines the ways in which the women of the Young Americans for Freedom interacted with the group’s magazine The New Guard during the 1960s. I look at female columnists and editors, as well as the ways in which gender and femininity played out in the pages of the magazine. My argument is that in a male-dominated group such as YAF, the magazine allowed women to challenge for power in an environment that was more fluid, more malleable, than the fairly rigid structures of the national movement.

Many of the contributors gave papers at a conference on Women in Magazines back in June 2012 at Kingston University in west London. That conference revealed the extent to which scholars across multiple disciplines are engaged in research around gender and magazine culture. Other conferences followed: in Cornell in October 2013 (which also extended the brief to new media) and at Oxford Brookes in June 2015 (Consuming/Culture: Women and Girls in Print and Pixels) at which I also presented a paper. For anybody interested in research on gender, women and magazines, you can add yourself to a network of scholars via a mailing list here.

This volume is part of Routledge’s Research in Gender History series. You can buy it direct from the publisher’s website or via amazon.